The Time to Adopt Staffing Automation Technology is Now 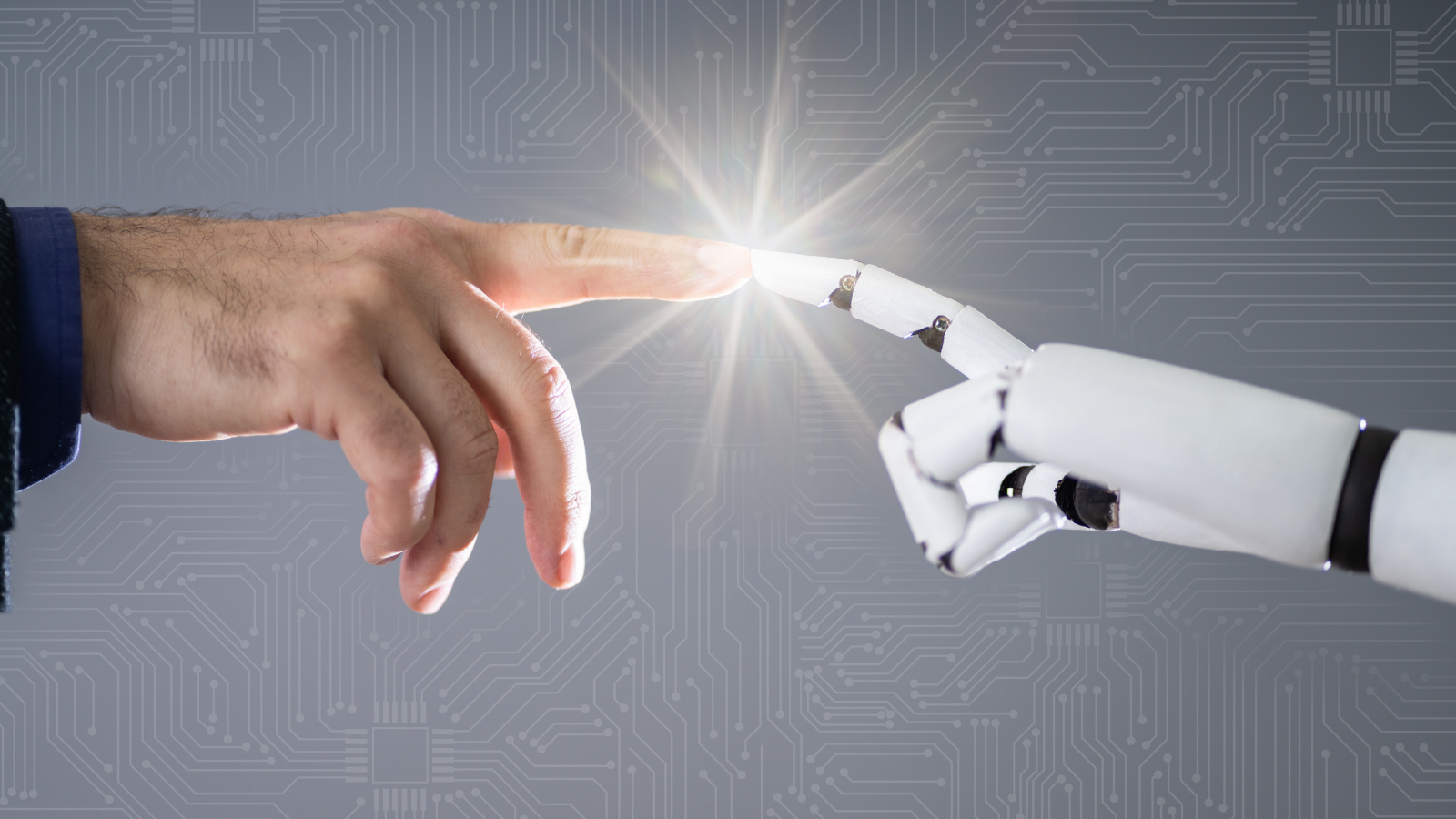 Over the last few years staffing automation software, including automated onboarding software, has transformed from fringe technology to a widely understood and utilized thing.

In some ways we’re still in the early adoption phase for staffing automation, in that just one in 20 firms are currently making use of automation technology. In another way we aren’t, as that one in 20 is more often than not a large and powerful firm that has been automating for a few years now, and successfully so.

The benefits of being an early adopter of automation technology are obvious. But there are also a number of benefits to biding your time; you avoid being the guinea pig, and ensure that you implement a better and more complete software that has had major issues ironed out.

But to sit on your hands any longer is to put your firm at serious risk, says Billy Davis, Director of Herefish by Bullhorn. “The time is quickly approaching where if you neglect automation or ignore it, and just hope it goes away, it's going to be extremely painful.”

Automation technology is snowballing right now, putting those willing to adopt in a real position of power. And this industry change is beginning to be seen on the candidate and client sides, who are beginning to have their expectations shifted on what it’s possible for a staffing firm to deliver.

Pulling automation inspiration from other industries

What do smart automations allow a firm to deliver? Inspiration can be taken from other industries.

You abandon your online shopping cart, and you get an email later in the day reminding you that there are items sitting there, sadly unpurchased. You’re fully aware that the email is automated, but it doesn’t matter, because it has served a very important purpose. You’ve been reminded of the purchase, and if you still want the items, you resume it.

You book an appointment with your dentist. You get an email or text confirming the appointment, then reminders a week and a day out from the appointment, then another text to schedule a check-up six months later. No one expects a human to type or text these communications, but they are super useful, and add to the customer experience.

It’s perhaps surprising how many industries have fully committed to automation, and its relative hesitancy to do so means that the staffing industry can learn from the mistakes of others, while also taking healthy inspiration from the successes.

As many firms are now finding out, there are a surprising amount of staffing communications that lend themselves to automation, although there are others that still rightly demand a personal, human touch. But the truth is that automation can actually help you deliver that humanity, either by reminding a recruiter to engage with a certain candidate or client, or by removing the manual and monotonous busy work, leaving the recruiter to focus on higher value, relationship building, human tasks.

It’s always easier to find excuses not to do something than it is to find reasons to do it. For automation in staffing, the excuses are many, varied, and for the most part, nonsense.

My data’s no good. My team’s not ready. I don’t have the resources to invest.

What does that mean? It means you don’t start your automation journey with the flashy outbound stuff like automated texts. Your first automation will more likely be something simple and foundational, like removing duplicate or incomplete entries from your ATS. Data hygiene is something that everyone can benefit from, and doing so through automation not only makes it simple, it forms the basis of the rest of your automation journey.

“Every organization I’ve ever encountered, and every database I’ve ever seen, could use some loving and cleansing – automated data cleansing serves to drive best practices in small organizations, and helps larger organizations get to a healthier state,” confirms Davis. “I personally know the pain of trying to clean up a database one click at a time, or even through mass edits. It literally takes weeks on end to make any progress. But this process takes minutes with automation.”

Automation can also be used to manage, maintain, and even actively enhance your ATS. An example: Often a candidate entry won't have all the key information that it would in a perfect world, like skills, categories, industry, pay rate, salary, requirements, and previous job title. But if that person applies to one of your jobs online, you can copy the data from the job into the candidate’s record, inferring that it is probably pretty close to their preference. No human input needed, and you get an enhanced view of your candidate, and the valuable segmentation that comes with it.

Do things like that continually, and your data will get better and better, leading to so many beneficial ripple effects down the line.

An interesting side effect of automation is that it gets you thinking about your internal processes. If you want to understand how automation can help your staffing firm, you must first understand where you want to go, who you want to be, the journey that you want to take candidates and clients on, and the high level strategy that facilitates all that.

Adopting automation technology makes you think about best practices, and forces you to put them in place. In fact, even if you don’t feel ready to automate – as noted above, you are – your organization would likely see real benefits sitting down and running through a hypothetical: we’re going to implement automation in two weeks; what do we need to do to get ready?

Say your organization doesn't think it’s ready for automation because a lot of data is siloed, and there’s no single source of truth – a common hurdle. But identifying that problem is revealing in itself; you know you have a problem, and you know that automation will expose it, yet you currently choose to ignore it, and say ‘no’ to automation because of it. Making the mental leap to an automation mindset can be very revealing: “a sort of self-awareness audit,” as Davis describes it.

Automation, when done correctly, incentivizes the creation of and commitment to best practices. It provides this incentive in terms that recruiters and consultants understand, because a) it makes their jobs easier, and b) it makes them more money.

The wonders of developed automation

While any automation effort will start small, the snowball will quickly grow, and eventually you’ll be enjoying some really awesome functionality.

Before we go too much further, a caveat: The bells and whistles of automation might be cool and sexy, but they are impossible if you don’t first establish automation fundamentals. Automation is a house that demands a solid foundation: the balconies, chandeliers and spiral staircases come later.

But let’s imagine for a moment that you’re at this later stage. You utilize an interactive survey to ask candidates or clients questions and gather information, served up as an overlay on your website. When someone completes the survey, they can be sent to a specific landing page.

“I've seen really interesting automations that target different segments of the database, whether candidates, clients, prospects, or leads, and land them on different and very strategic pages,” says Davis. “So you get the front-end benefit of a completed survey, and the back-end benefit of sending them to a specific page.

“But then there's a third benefit, where if they do something on that web page, another set of cascading automations is triggered. When done correctly you create a feedback loop.” Website visibility breeds interaction, which in turn breeds increased visibility.

This functionality is not only built on a healthy appreciation for and dedication to automation, but also an understanding that the look of your website isn’t as important as the functionality of your website. Firms need to stop saying ‘I want my website to look like this’ and start saying ‘I want my website to do this’. Set goals around what you want your website to do for prospects, candidates, and clients, whether around conversion or experience, and build your site around those.

Where a year ago staffing automation technology could’ve been described as ‘at a tipping point’, the tech adoption spurred by COVID has seen it move on to the widespread acceptance stage.

You’re ready, even if you don’t feel like it. The best bit? The technology can make its own adoption easier.

Choose now or never. Because by never, we mean never.

Learn more during Episode 25 of the You Own the Experience Podcast here.

A New and Better Way of Training and Upskilling Recruiters