The Ghosting Epidemic: Why ghosting happens 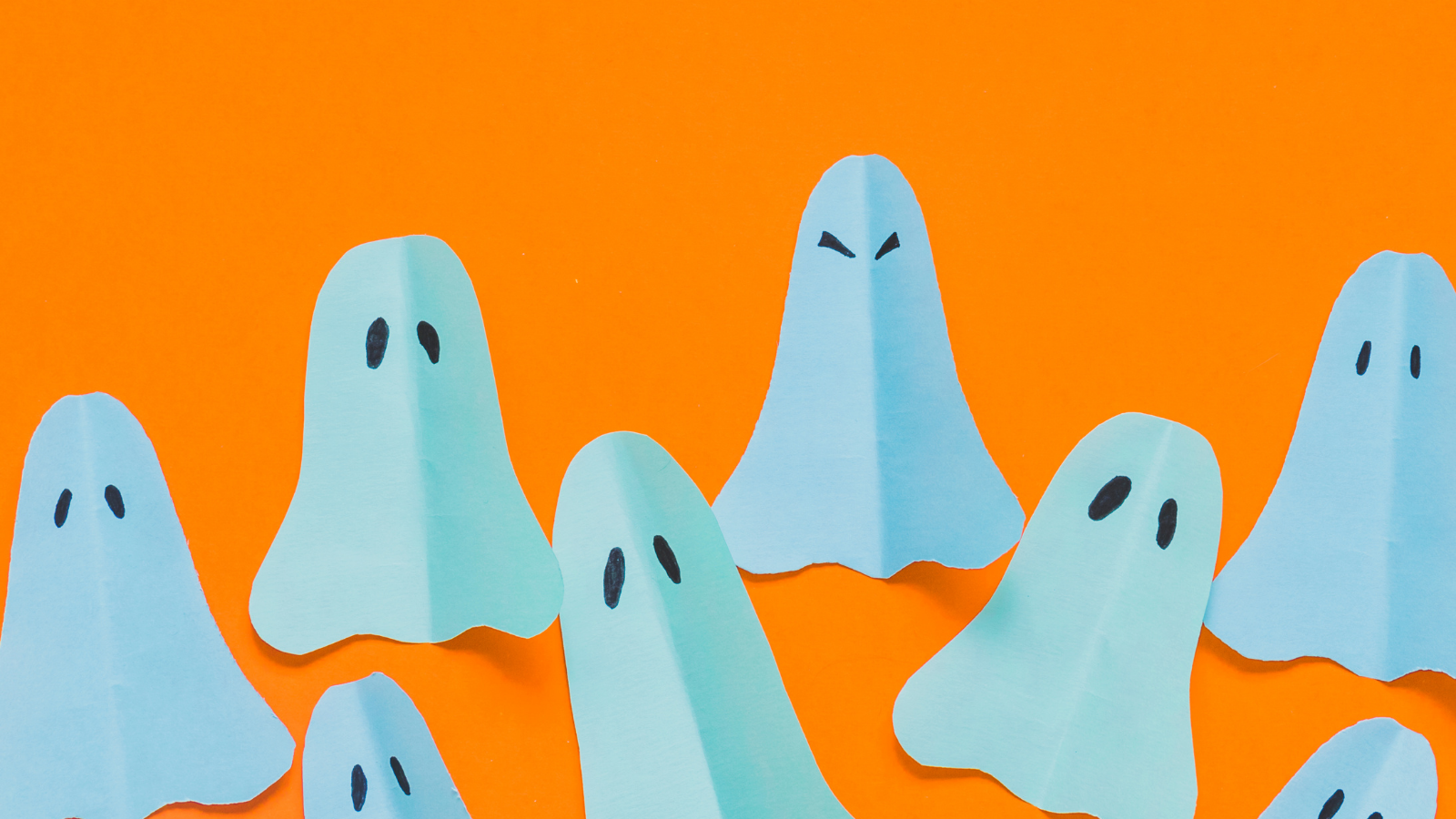 Ghosting, as defined by Urban Dictionary, is: “The act of suddenly ceasing all communication with someone [...] in hopes that the ghostee will just ‘get the hint’ and leave the subject alone, as opposed to the subject simply telling them he/she is no longer interested.”

And while most might apply the term to dating, there’s another game of relationships in which ghosting is becoming a more prevalent (and subsequently more accepted) course of action: staffing and recruiting.

Ghosting can happen at any point in the hiring process, from application to onboarding. While recruiters might say, often correctly, that candidates are the ones who ghost, the truth is that the staffing industry’s hands aren’t clean. Recruiters ghost candidates too, and in doing so they normalize the practice, making it more widespread on both sides.

According to LinkedIn, 95% of recruiters say that they’ve been ghosted by a job seeker, while 77% of job seekers say the same of recruiters and prospective employers. It’s a vicious cycle, and one that is set to only get worse… unless the staffing industry decides to do something about it.

But before we look at possible solutions - the subject of the second piece in this series - we first need to gain a better understanding of the problem. Why does ghosting occur?

Let’s begin with the most common form of ghosting.

Why do candidates ghost recruiters?

It might sound obvious, but most candidates ghost for no other reason than they decide they don’t want the job in question. It has been forever thus. So why is ghosting more prevalent now than it has ever been?

“In these days of high volume job searching, candidates do less initial research on job opportunities,” suggests Julie Wiser, Senior Manager of HR and Talent Acquisition at BrandMuscle. “They will often do research only when they get invited to interview, which is when I see the highest drop-off from candidates. They research the job and/or company, decide it’s not for them, then move on without informing the employer or responding to messages.”

It makes sense. The internet is a land of plenty, and a modern candidate can spread their bets. It’s logical for a jobseeker to fire as many resumes and applications out as possible, then review these opportunities only if they’re invited to move on to the next step. It’s an efficient, effective, and ever more popular way to hunt for a job, at least on the candidate side.

“Studies have shown that there has been a behavioral shift among job seekers and workers,” adds Cassi Harris, Talent Acquisition Specialist at American Family Insurance. “Where previously ghosting was almost always seen in low wage, high volume, entry-level positions, it’s now being seen more and more in high-level positions too. The traditional process of ‘apply for job, get interview, get job, go to work’ has been shifting dramatically in the last few years.”

There are a couple of likely reasons for this shift: one is generational, the other is COVID, which has given people a taste of flexible work. While in decades gone a worker would get a job and stick with it, post-COVID they are seeing themselves more as free agents and gig workers. This leads to a short-term mindset, with candidates thinking ‘if I don't want to take this job, I don't really owe you any reason – I'm just not going to show up’.

This mindset probably won’t pay off in the long run - according to non-ghosters, the main reason they refrain is that they don’t see worth in burning bridges or leaving a bad impression - but most candidates are yet to recognize that fact.

“I’ve ghosted after I interviewed because I didn’t like the person who interviewed me,” says one jobseeker. “She was very snobby and judgmental, and I couldn’t imagine working with her.”

“Employers ghost me all the time,” explains another. “If they can do it, why can’t I?”

“Candidates are starting to take on behaviors we see in consumers,” says Maggie Williams, Associate VP of Operations at AREVO Group. “They want it all, and they want it now. ‘I want my information. I want to be able to fill out an application. I want to get the interview quickly. I want to start that new job quickly. I want total and instantaneous access.’ If that doesn't happen, or they get that from another employer or staffing agency, they'll ghost, whether intentionally or not, because you haven't been working as quickly as they're looking to continue to move in the process.”

Candidates are increasingly looking for an Amazon-style experience in their job hunt. They want a wealth of touchpoints, instant updates, and automated systems. If the process takes too long, becomes too complicated, or if they’re left in the dark, they’re far more likely to ghost.

The benefit of the doubt

While ghosting is certainly becoming more prevalent, sometimes it’s unintentional, says Wiser. “I give candidates the benefit of the doubt. When I'm right on that precipice of potentially being ghosted, I'll make an effort.”

“Only after that final email do I consider myself ghosted,” Wiser continues. “You never know when something has happened to the candidate that could affect their follow-up.”

Why do recruiters ghost candidates?

Unlike market changes and candidate behaviors, recruiters have total control over their own actions, and there aren’t many - if any - excuses for a recruiter to ghost a candidate. Despite this, ghosting is becoming an increasingly prevalent practice amongst this group too.

“Sometimes the best candidates get the worst candidate experience,” says Wiser. “If I speak with a candidate, and I know immediately that they aren’t a good fit, I’ll reject them fairly quickly. But if I like a candidate, I'm going to pass them on for further review, and there might be a delay. They’ll then have an interview, and collecting feedback might cause another delay. If they're a top candidate, I might only close the loop with them after I've received an accepted offer from another candidate.”

The upshot: in keeping your options open or the door ajar, you can give a candidate the impression that they’re being ghosted.

The modern candidate simply doesn’t have the patience for hiring processes that stretch over weeks, or that involve three, four, or five interviews. “Good candidates will move on pretty quickly if they sense a bad candidate experience, or that recruiters or hiring managers aren’t being totally transparent,” confirms Harris.

The solution is simple. As an industry, we need to get far better at communication. Being slow to respond, or worse, being entirely unresponsive, is completely unacceptable in this day and age. We have the technology to ensure that every single person that applies to a job gets a somewhat personalized response, and every time a candidate isn’t offered one represents a significant failure for the industry.

Some recruiters ghost candidates simply because they don’t want to deliver bad news. It’s understandable, but this call doesn’t actually have to be painful for either party. A good recruiter will look to develop a constructive relationship with every candidate. ‘Thanks so much for applying. While you might not be the right fit for this position, I’d love to keep you in the pipeline for when something else comes up’.

Like candidates, recruiters should avoid burning bridges, and should take any opportunity to add to their candidate pool.

Not enough hours in the day

Perhaps the most cited reason for ghosting by recruiters is workload, with many overwhelmed with administrative tasks.

“Finding the time to get back to a candidate can be hard for recruiters,” says Williams. “They're doing paperwork, they're hustling with background checks and drug testing, all while trying to find candidates to fill positions. Right now some of our branches have upwards of 100-200 reqs that need to be filled as soon as possible - almost every customer seems to be calling and saying they needed someone yesterday.”

This isn’t a case of recruiter failure. This is rather a systemic failure, where an organization has put its recruiters in a position where they don’t have enough hours in their day. “If we don’t set our teams up for success,” continues Williams, “we’re going to keep ghosting people.”

And it’s this last point that leads us neatly into our next blog, where we’ll shift our focus from the problem to the solution. How do we as an industry work to reduce ghosting? Check out our next blog to find out.

A New and Better Way of Training and Upskilling Recruiters

How to Stop Ghosting in its Tracks