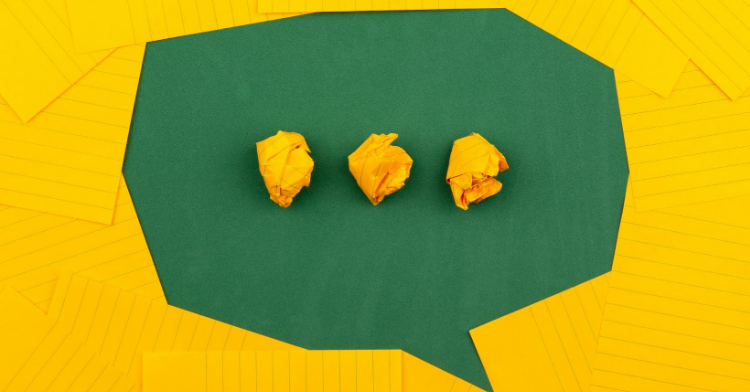 Building a relationship with a candidate requires a number of different touchpoints. There’s the initial outreach, perhaps via email or social media. There’s the continuous coordination throughout the recruiting process — a text message checking in after an interview, another notifying your candidate you’ve reached out to the hiring manager for an update. And then, after the hire, experienced hiring managers know that more touchpoints are needed to keep the relationship active and healthy — pinging the new hire to see how the first day or first week was, keeping the candidate engaged and the relationship alive as they mature in their role.

Each one of those touchpoints, if removed, results in a loss of business. A candidate goes a week without hearing from you on the status of an application and decides to move on. You help a candidate land the job but never follow up and, as a result, the relationship withers and dies.

The challenge for staffing professionals, of course, is that we’re not serving just one candidate. It’s an exhausting job to make sure we hit all of our touchpoints with our full book of candidates and contractors, and doing so in a way that feels personal and genuine is an even more time-consuming challenge.

But as Pankaj Jindal, Head of Sales and Co-Founder at Sense, sees it, things don’t have to be this way. There’s another, better way to build and maintain relationships between staffing firms and candidates — and that’s through the power of automation. That’s exactly what Sense sought to do.

“We wanted to bring everything we were doing manually into an automation software focused solution that could elevate the entire industry,” Jindal said of Sense. “We see automation as something that can increase personalization and not make it more robotic.”

Automation can transform how you conduct alumni campaigns, help you clean up your database, and do so much more. Here are a few reasons Jindal recommends using automated solutions as a way to revolutionize your approach to staffing.

Jindal highlighted the revenue-generating potential of automation through one powerful example, related specifically to alumni.

A staffing agency on Sense’s platform worked with a financial institution that had a relatively lengthy training time for contractors, approximately 3-6 months — made more sizable when considering the fact that contracts at the financial institution could run for a maximum of 1 year. As a result, the client had a significant preference for hiring alumni, who could skip the training process and start adding value from day one.

Recognizing this preference, the staffing agency decided to run an alumni campaign. This campaign sent out an automated message to several hundred alumni who had completed an assignment for the financial institution over the last five years, asking if the alumni would be interested in working for the client again, specifying the job, pay, and start date offered.

Of those several hundred alumni contacted, a few dozen responded. Of those, the financial institution hired 13 that same week, ultimately netting $2 million in revenue for the staffing agency.

“Literally within a week, we made a $2 million impact to their top line,” said Jindal. “And now this has been a standard workflow they run for all their customers.”

The automated campaign helped the agency identify and realize an opportunity they might otherwise have overlooked, and it helped do it in a matter of days instead of months. That speaks to one of the most powerful features of automation: the ability to save time.

Get Two-Thirds of Your Time Back

Automation can meaningfully streamline these first two processes, giving staffing professionals a significant portion of their day back, so they can spend more time talking with candidates.

In our current environment, time savings like these are more important than ever. Sense has seen the volume of email and texts hit all-time highs by a factor of two since the pandemic started, meaning staffing professionals are feeling more and more snowed under. Additionally, because the vast majority of meetings are no longer face to face, getting virtual touchpoints right has become increasingly important.

In addition to saving time, automation can also make a serious difference to a company’s top- and bottom-line.

Automation tools like Sense can increase top-of-funnel traffic and also increase the quality of that traffic. A chatbot can filter out candidates through a pre-screening questionnaire so that recruiters don’t have to spend their time doing so. Instead, they can wake up in the morning to find 7 to 10 conversations already lined up for their day, added automatically through calendaring tools like Calendly, and can gain an immediate understanding of where those candidates are in the process, bringing recruiters much closer to realizing dollars.

As to bottom-line revenue, automation can increase retention by breaking through staffing stereotypes and creating deeper connections between recruiters and candidates.

“Contractors would tell their friends at parties, at social events, ‘Oh hey, I’ve never met anybody from my staffing company, they just think of me as a number, they just send me a paycheck,’” said Jindal. Automation, though, can gather data to prevent attrition and bad moments that might break a relationship.

For example, contractors could automatically receive a message the moment they finish their first day to help recruiters dive deeper into employee experiences. The message could look similar to rating on a ride-hailing app, asking the contractor to rate how the day was on a scale of one to five. Any response of three or lower could immediately trigger a message to the staffing consultant, telling them to reach out to the contractor immediately and find out what went wrong.

Rather than feeling cold or impersonal, solutions like these can clear out the clutter of a thousand messages and facilitate impactful, memorable moments between recruiters and candidates.

Automation is the Future of Staffing

“We used to live in a world where everything was driven by the ATS [Applicant Tracking System],” Jindal explained. “Now, everybody is looking for what we’re calling a system of engagement. Not 25 different point solutions, but essentially one single nervous system that actually pumps blood into your database.”

Rather than cobbling together a disparate system of tools to send out mass emails, surveys, text messaging, handle marketing automation, run a chatbot, and more, businesses can leverage a system of engagement that sits on top of their system of record, bi-directionally communicating with it.

A system of engagement helps a company’s relationship with both its clients and its employees. For clients, an end-to-end automation solution can increase personalization and memorable experiences, better positioning companies to work with future generations who are showing a preference for a more liquid workforce environment, full of choices.

And for employees, it can equip them with the tools they need to be productive.

For more from Jindal on the value of consistent communication to candidates and employees through automation, check out episode nine of the You Own the Experience podcast.

Why the Recruiting Process Is About the Journey, Not the Outcome