Recruiter Evolution Series: The Death of the Average Recruiter 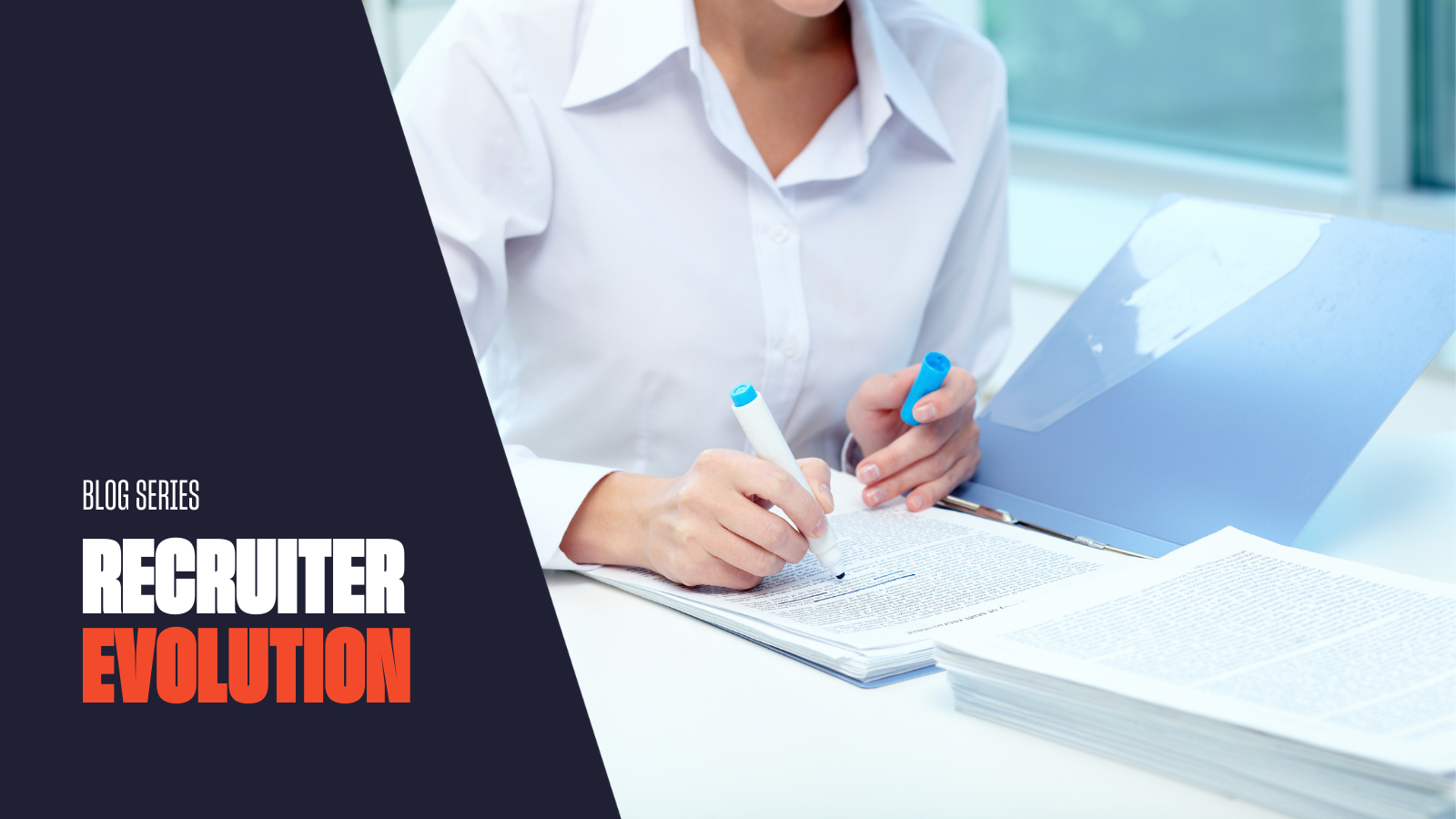 Where Darwin measured evolution in million-year timescales, the staffing industry measures it in months, if not weeks. To stand still as a recruiter is to careen backwards, choking in competitors’ dust. And this is no Aesop’s Fable; here the tortoise doesn’t stand a chance against the hare.

By upending the job market, while simultaneously demanding that organizations digitally transform to facilitate remote working, 2020 has seen the evolution of recruiting surge into warp speed. Staffing professionals, challenged to keep up with these changes, are experiencing bewilderment, apprehension, enthusiasm, and excitement, or a heady mix of them all.

Over the next few weeks, we will explore how the role of a recruiter has evolved, and how will it continue to do so. What better time than now to take stock of our current situation, and look forward to the future.

From a processor to a consultant

You’re looking for a house, so you jump on Zillow to find a property – you don’t need a real estate agent to see the MLS listings anymore. But that isn’t to say that agents are being replaced by tech; their role has simply transformed, and in a lot of ways it has become more enjoyable. Buyers increasingly look to agents as experts who do things that even the smartest AI is incapable of doing. Anyone can find a house, but the intricacies of researching, inspecting, putting in an offer, navigating paperwork; that’s where a modern real estate agent adds value.

A similar transformation is happening in the staffing industry.

COVID has forced many people to look for work for the first time in 20 or more years. From navigating messy job boards to nailing the interview, they’re not sure how to do it. For these people, of which there are many, speaking to an expert about where they’re at, where they want to go, and how to take the next step is invaluable.

Rather than performing a role as a processor, recruiters are increasingly acting as consultants or candidate agents – freed from the mundane, they are helping candidates to develop their resumes, they are advocating for the candidate, and they are focusing on building careers rather than filling roles. They are avoiding the transactional approach, and becoming more human-centric.

‘The death of the average recruiter’ is a somewhat frightening phrase that you’ll often hear scattered about, but it’s important that you take note of the most important word in that sentence: average.

What will kill the staffing industry?

“Staffing is a paranoid industry,” says Tom Erb, President of Tallann Resources. “We’re always looking at how we’re going to die. 20 years ago Monster was just becoming big, and many of us, myself included, held meetings asking whether it would be the death of our companies. Two decades on we see that in some ways the opposite has proven to be true. So what we’re seeing right now is not an ending, but an evolution; one that has admittedly been accelerated this year.”

In some ways job boards have been the catalyst for this latest progression. They have been both the best thing and the worst thing for recruiters; they command so much focus that the industry has stopped doing a lot of other things. Recruiters have in some ways transformed into DMV-style processors – take an application, call the person, interview, and log them.

We’re now seeing recruiters push back against that. They want to understand candidates better, and deliver better results to both candidate and client.

The second blog in this series discusses more about how COVID has affected the role of the recruiter and the recruiting industry in general.  You can check it out here.

Recruiter Evolution Series: The effects of COVID-19 on Recruiting

Recruiters as Marketers: The Importance of Brand and Content