How automation improves your candidate experience 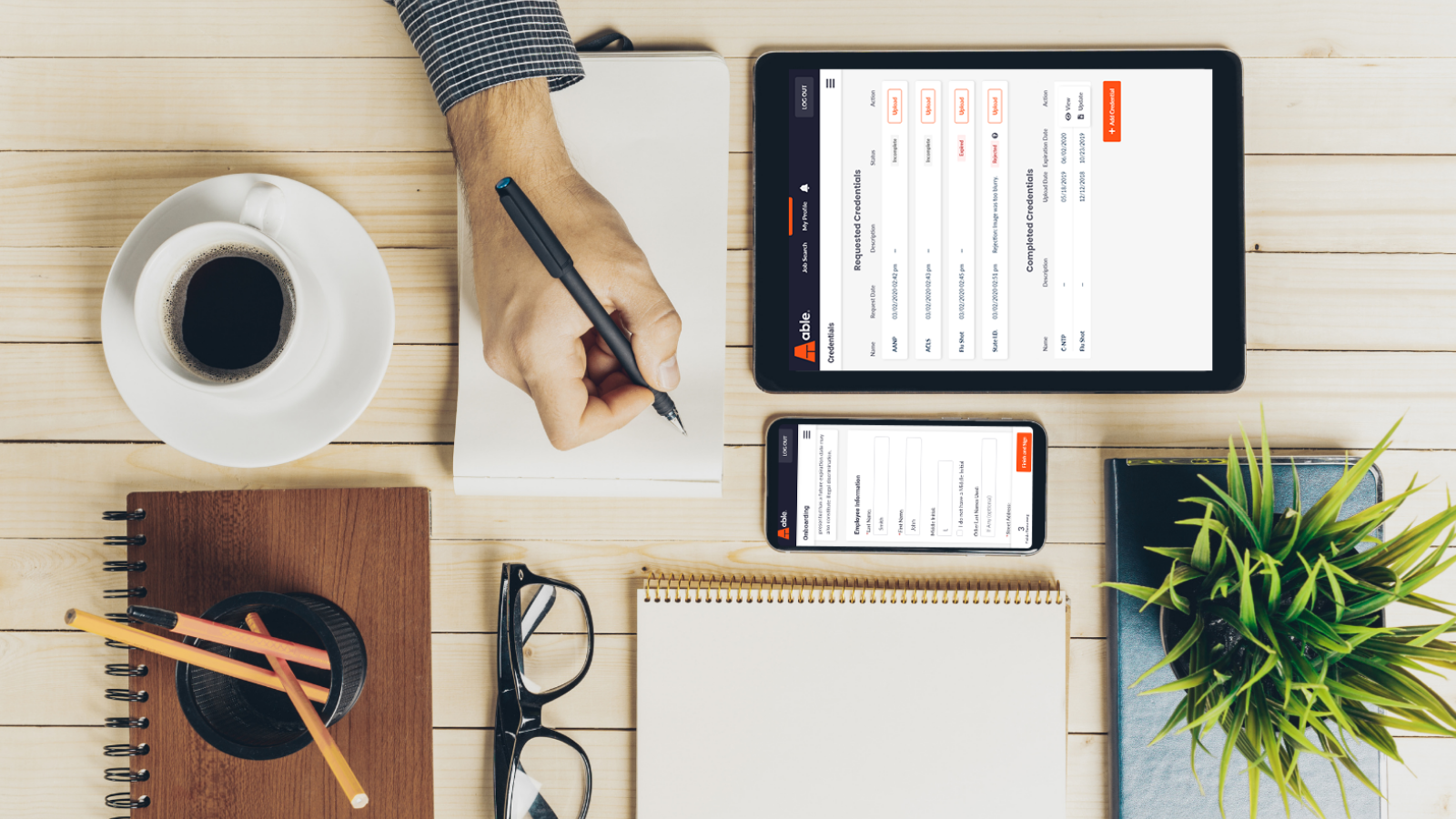 Most staffing firms won’t want to admit it, but automation is scary.

The mind might stray to 80s factories, where hydraulic arms replaced their flesh and bone counterparts, putting swathes of the population out of work.

The fear may equally be one of the work necessary to get an automated system up and running. Sure, you might think, it might save me time in the long run, but at what cost in the short term?

These fears are a large part of the reason why fewer than 5% of staffing firms have chosen to automate in any meaningful way, despite the fact that the necessary (and incredibly effective) software has been around for years.

Pulling back the curtain on automation

The fears surrounding automation are largely based on a lack of understanding. But while the technology might be quite complex on the back end, modern automation solutions deliver this complexity in a delightfully easy to use package. To pull back the curtain is not to reveal a tool that takes jobs and is a headache to implement, but that instead complements your current work, and does so in a surprisingly simple way.

You probably have a lot of candidates in your database – 50k, 500k, perhaps as many as 5 million. While those numbers are large and in their own way impressive, the reality is that there’s no way you’ll ever talk to all of those individuals. In fact, the figures say that you’ll talk to a maximum of 13% of them. For most staffing firms, the true figure is far lower.

There’s simply no way a team of recruiters, no matter how big, can talk meaningfully to even a fraction of groups of that size.

And what if you could automate all those clunky internal processes too – the ones that live on the whiteboard, or the laminated sheet taped to your monitor.

The case for the puppy in the sidecar

Staffing automation isn’t about replacing man with machine. It’s about getting humans to do more of the stuff that humans are good at, and leaving the rest – the mundane, the menial, the metronomic – to an autopilot version of themselves.

Science tells us that if anything can douse the flames of fear, it’s a puppy in a motorcycle helmet.

Gaining this clarity, the benefits begin to significantly outweigh the fears. “We’re giving this tool to every recruiter in your entire company, and it is going to automate the busy work,” adds Arnold, “the stuff that’s not productive and that people hate having to do. We’re allowing recruiters and salespeople to do the things they actually like doing. And to drive the point home, we tell them the amount of time that they’re going to save over the course of a year.”

With only one in 20 staffing firms making use of automation, there's still a ton of firms yet to realize that they don't have to do those monotonous and potentially error-filled tasks every day. They can leave it to the sidecar puppy, and focus on the important things; the ones that actually make money and propel the motorcycle – their business – forward. Did anyone order a stretched metaphor?

And they can do all of this with a minimal amount of work. Able, for example, offers a range of automations that allow firms to get candidates onboarded, including text and email reminders, in hours instead of days.

The future of the candidate experience

The argument for automation is one built around the enhancement of the candidate experience. As such, the effects of automation will extend far beyond the simple act of emailing or texting.

As automation grants staffing firms control over their ATSs, they’ll begin to own their data. “We’re starting to see firms nurture their own talent pools, rather than going to external job boards or third-party tools,” explains Arnold.

With the ATS increasingly utilized as a source of talent, even greater care and effort will be pushed into maintaining it – a self-fulfilling cycle of database goodness. Eventually they’ll turn into the talent goldmines that they were originally envisaged to be.

“We’ll see more ownership of where the job lives,” continues Arnold. “Currently jobs live on a bunch of different apps in a bunch of different places, but I see them becoming increasingly native. To my mind Google for Jobs is a good thing – getting your jobs scraped from your site and having the user being directed back to you is far better than handing control over to a third-party job board.” This will only become more true, with Indeed having stealthily entered the staffing market in recent times.

The  candidate journey is a series of touchpoints. Ideally you’ll own the entire journey. If we could coin a phrase, you own the experience. Which leads us neatly to our final musing.

Using branding to own the experience

Owning that experience is about creating something that feels consistent and holistic. In short, it’s about branding.

You can probably imagine walking into a Walmart, a Best Buy, or a Target. You can picture the entrance, the colors, the layout, the price tags. For staffing firms, that same universal branding needs to exist in the digital space.

Think of all the different ways that a candidate can interact with your firm. The first mention they hear of you, the moment they get sourced, a visit to your site, when they fill out forms or weekly timesheets; all of this should be designed in a way that makes it easy for the audience to develop a connection with your brand.

The same feeling needs to be offered by your website, your social profiles, your PPC advertising, and every other conceivable touchpoint. You need to remove pain points and friction through the journey. And the whole thing must demand minimal effort from the client or candidate.

22 million jobs were lost in the US in March and April. While a little over half of those are now back, a vast ocean of jobseekers remain. When you have such an embarrassment of talent riches, the temptation is to get lazy with the candidate experience. But the market will inevitably bounce back, and what you do now will determine your success then.

“We've all been there. You've put your time and energy into building a resume, you apply to a bunch of jobs… and hear absolutely nothing from anybody. It sucks,” exclaims Arnold. “So how about we instead respond through the process? You weren't a great fit, but here are some great resources. Here's where you were missing, and here’s a blog article we wrote about it.”

These simple things can mean the world to talent, and will go a long way to endearing your brand to them in preparation for a time when the candidate pickins are a little slimmer.

If your firm is still standing in a decade’s time, it will be in no small part due to automation. The competitive advantage that automation offers, and the flow-on effects it creates, are such that at this point, any firm who chooses to ignore it is essentially signing its own death warrant. Dramatic? Sure. True? You betcha.

So why not start now?

You have a ready-to-roll, easy to implement technology that will eliminate hours and hours of busy work and nonsense. You simply need to go through your process and start moving it from the whiteboard to a tool. Over time, everything that you and your team don’t like doing will get automated. Meanwhile, your candidate experience will go through the roof.

In the end, all that’ll be left to do is to give your sidecar puppy navigator a well-deserved treat.

To learn more, check out episode 18 of the You Own the Experience Podcast.

Topic(s): You Own the Experience

You Own the Experience

The Power of Word of Mouth