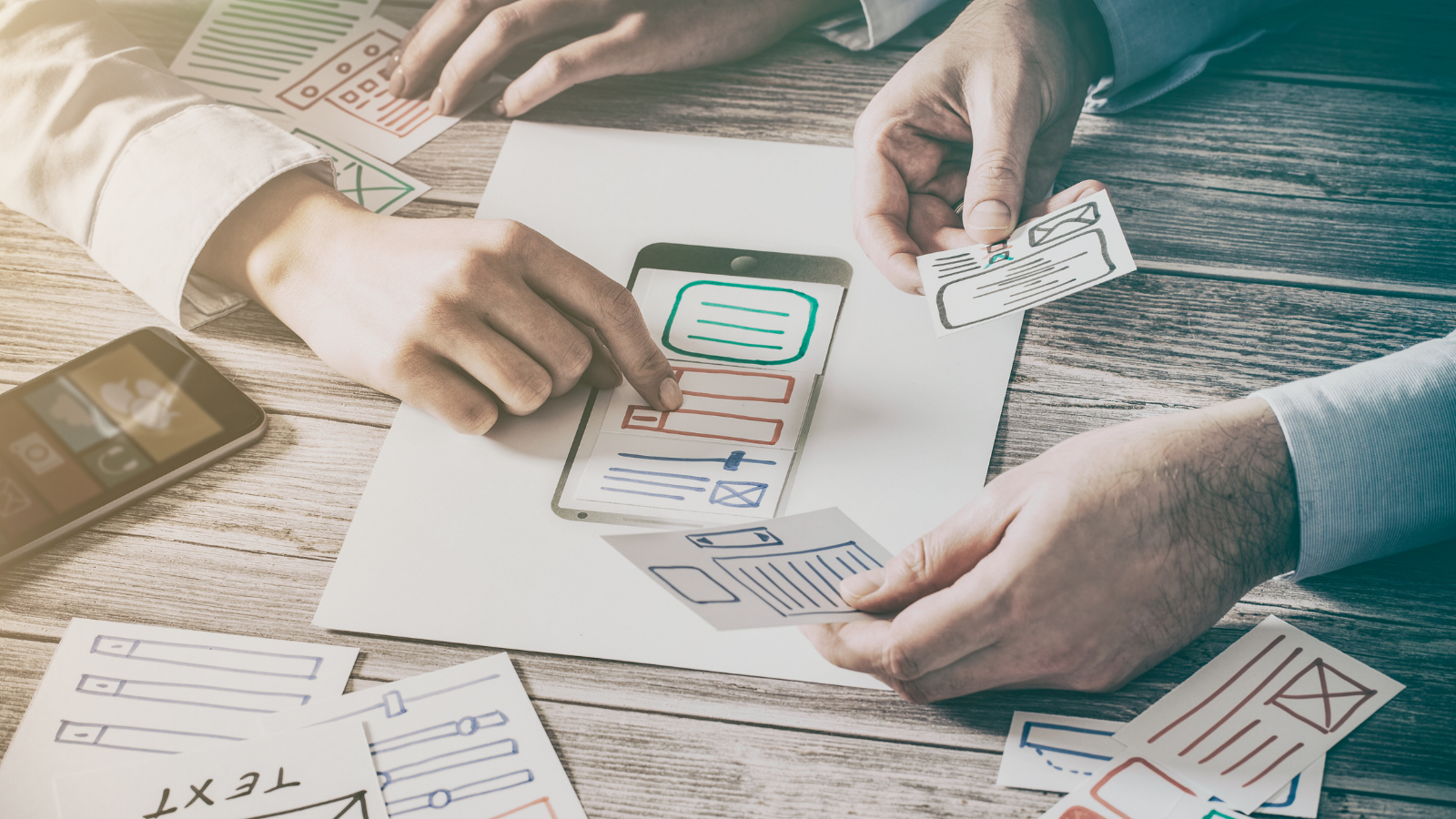 What happens when a design doesn’t quite fit the way something is being used? The process of using may not be inhibited entirely, but it will likely be complicated and slowed.

This principle can be applied to anything, even a ketchup bottle. Sure, the original design of the ketchup bottle where the cap is located on the top of a vertically standing bottle works, but it does complicate the process of using the ketchup, right?

The same is true of your recruitment process. While the design of your system may not prevent recruitment, it may get in the way sometimes—just ask Medix. Their process was designed to facilitate a particular type of recruitment process, but candidates and employees were using it in a different way.

So, what is UI, does it matter, and how does it influence effectiveness and efficiency in the recruitment process?

To understand whether UI really matters, an understanding of what UI is must first exist. Simply put, UI is how something is designed to be used. On the other side of the same coin is UX—how something is used.

There are obvious relations between UI and UX, with UI influencing UX and UX informing UI. Over time, how something is used will change how it is designed. To reference ketchup bottles again, the UX of ketchup bottles—flipping them upside down and letting gravity do the work—informed the UI. It didn’t take long for bottles to feature lids at the bottom rather than the top!

We know what you’re thinking—this all sounds great for ketchup bottles, but what about recruitment and onboarding?

As we mentioned, Medix was struggling with people using their system in a different way than it was designed to be used. This was happening for several reasons, most of which could be reduced to one single fact—the age of technology and the speed with which it has evolved presents significant challenges for most businesses.

In the case of Medix, their system was designed for PC, assumed people would have a few hours to dedicate to the process, and expected candidates to have the time and attention span to focus and engage with the process.

Instead, users were using their cellphones, working for only minutes at a time, and having trouble staying engaged throughout the process. In other words, the candidates were informing Medix of a need for change.

Just like the ketchup bottle changed to enhance the user experience, Medix needed to change their system to better facilitate the way their candidates and employees were using it. So, how did they go about choosing and implementing the necessary changes to the UI?

The first step was to employ software to give candidates and employees a mobile-responsive design. This means going above and beyond mobile-friendly design, and really putting the mobile experience at the forefront of the design. Next, a reduction in the time required to complete the process was paramount. To facilitate this, clicks and keystrokes were cut down, allowing the process to become more streamlined. Finally, the engagement needed to be improved. Using text reminders and autofill, this need was met—long periods of attention were no longer necessary.

When you change your UI, it’s important to realize that more than just the UI must change. There are ripple effects that influence most (if not all) of the related processes.

Candidate journey mapping is one of the primary places to instigate change outside of UI. By examining a candidate’s journey, you can more clearly ascertain and understand what is broken within your process and system. Equipped with this knowledge, you can make informed UI changes rather than taking shots in the dark and hoping they work.

It is also vital to realize that candidates are not on an island; there is another half to the recruitment process—the recruiters themselves. Recruiters need to help make the journey possible, and as such, they must be included in any changes that take place.

Finally, the technologies outside of the UI must be considered through system analysis. There are numerous examples of such technologies, including ATS systems, background checks, requirements by the state, and so on. Ask how the changes you make impact these and other third-party dependencies.

Ketchup is easier than ever to use (have you seen the dip and squeeze packets at Chik-fil-A?!), but what about Medix’s recruitment process?

By designing their system the way it will be used—not just for one use case, but for multiple use cases—they saw a 40% reduction in the busywork and labor recruiters spent managing the process, effectively opening up more time for them to work on more important aspects of their job.

Perhaps even more importantly, there was a marked improvement in completion rates and time-to-fill that was accompanied by a reduced error rate. Talk about improved efficiency for both the candidates and employees!

7 Ways to Make the Candidate Experience Less Painful for Everyone

I-9 Form Process Improvements to Make Your Life Easier

Give Your Finance Team a Reason to Say 'Yes'